Welcome to our Webpage!

We are a 10,000 square foot Antique Mall located in Bakersfield, CA with over 40 different vendors. We rent out spaces to small business owners just like you who love vintage, collectibles and antique items! Come shop with us and find a unique treasure! We would love to meet or hear from you. Please keep checking with us as we update the site with new pictures of items for sale, our wonderful vendors are always bringing in something new! We have something for everyone here!! Stay tuned for more new stuff ! Well, actually, old stuff... 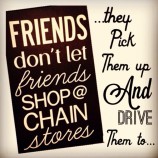 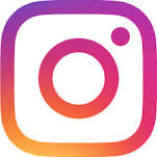 Mill Creek Is Happy To Be Part Of The "Bakersfield Second Saturday" Event every 2nd Saturday of every Month !

Please Join Us For This Months Bakersfield Second Saturday Event !
Sales Throughout The Store !
For more information, please click on the link below... 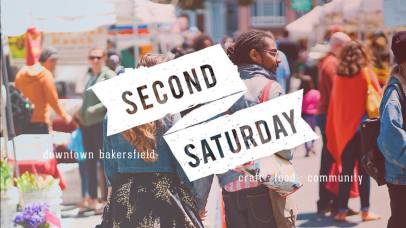 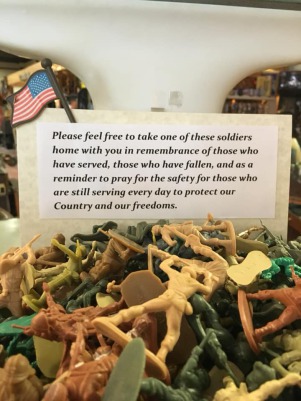 This wasn't our idea originally, but we like the idea and wanted to show our support as well !

Come on down to Mill Creek Antique Mall and pick up your soldier soldier and show your support today !

Thanks To Everyone Who Has Shared This With Others And Shared Kind Words With Us About This Story! 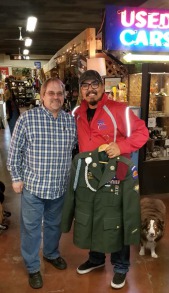 Sometimes, on any particular day, you never know what event might happen that can change someone’s day or even be something that they, as well as yourself, might remember that moment, a day or even for a lifetime.
This was one of those days.
A gentleman named Xenos Lopez and his family came in and were shopping here at Mill Creek Antique Mall, something that he said he would usually not choose do as the Antique Store and Thrift Store shopping is not his thing, when his wife spotted a Military uniform hanging in one of my spaces.
He brought it to the counter and said “this is my uniform!”
Apparently it was lost during a move years ago and he thought he might never see it again. It had made its way into our store, waiting for him for years.
They graciously offered to pay for it, but that wasn’t the right thing to do. He earned that uniform and was obviously proud of it, and he allowed me to be blessed and return it to him, the rightful owner.
So just goes to show you, you never know what a day might bring, who you might meet and what can happen!
Thank you for your service Sir !

Since Xenos and I have shared this story on Facebook, it has made it all over the USA and beyond. I have heard from people all over the Country, even Canada !

Two local stations, 23 and 29 here in Bakersfield, did stories on this. Since then, I have heard from people in Los Angeles, and several other places in California, and other states like New Jersey, Florida, Texas, Iowa, Ohio to name just some of them.

I think the bigger story is, how far this story has reached. Something that I thought was just another day, returning something that had been lost, and a simple thanks to someone that had served our Country.

This just shows how much people want to hear some good news instead of all the bad news that is out there now days!

Here are some of the places that I know it made the news...

We have some space available, and we would love for you to join the Mill Creek Antique Mall Family of Vendors !

Please Give Us A Call Or Come In For More Information ! 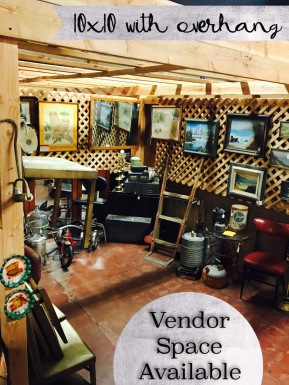 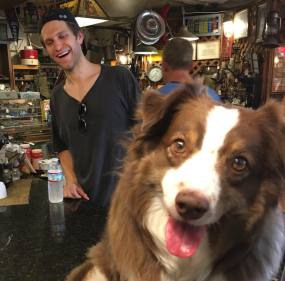 We have a lot of great customers that come through Mill Creek Antique Mall, but today we had one who Millie insisted on taking a selfie with, and, that I take a picture of them together. Keegan Allen from the TV show “Pretty Little Liars” and multiple other shows and movies.
Really nice guy, shopping for items to decorate his moms cabin, how great is that... 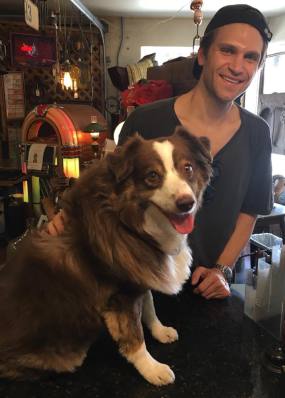 Rent Stuff For Photo Shoots, Weddings or Whatever ! For more information, please click on the Rent Stuff Page. 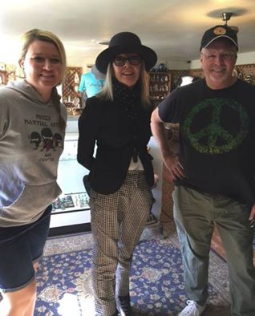 yes, this just happened... Actress Diane Keaton stopped by Mill Creek Antique Mall. She was gracious enough to stop and take a picture with a couple of my Vendors, and on the way out, she said we have a "Great Store" !
Thanks Mrs. Keaton ! Mill Creek Antique Mall has an online store at Ebay !

Check it out, some items are not here in the store, but exclusivly on Ebay.

And, if you have a cool item you think should sell on Ebay, but you don't want to mess with it yourself, Contact Us, we may be able to sell it for you !

Where to Find Us: